Lee University is a private, comprehensive university located in Cleveland, Tennessee, in the foothills of the Appalachian Mountains. Lee is emerging as a leader in higher education in the southeastern region, and is consistently ranked in the "Top Tier" in the South by U.S. News & World Report (Comprehensive Medium-Size Universities). Lee is also ranked by Princeton Review's "Best Colleges," and is one of the 141 colleges named Best in the Southeast.

Over the past two decades, Lee has become one of the largest Christ-centered private institutions in Tennessee, and the largest in the Appalachian College Association. During that period, the university has seen a remarkable transformation that has included significant growth in its academic programs, student enrollment, faculty expertise, and diversity, as well as an expanded sense of mission and vision.

No one could have ever imagined that from a tiny group of people meeting in a mountain church in north Georgia that it would grow to over six million members in over 120 countries. In 1902 the Jones church located near McCaysville has now grown to over 280 churches and 115,000 members from the Georgia Tennessee border to Macon. It is the strongest membership base in the continental United States for the church of God and can only be attributed to the Power of the Holy Spirit that initiated its birth.

Now as we face challenges as never before the Church of God remains firm that its core values will transcend those challenges and the greatest harvest is yet to be seen in North Georgia.

Power to Change is a family of ministries with one common purpose: to make Jesus known across Canada and throughout the world.  Our work began on university campuses in 1967 as Campus Crusade for Christ, Canada. Today, we serve among students, marketplace leaders, athletes, families and many others, helping them experience the life-changing power of Jesus Christ.

Intersection of Life and Faith.  Crosswalk.com aims to offer the most compelling biblically-based content to Christians on their walk with Jesus. Crosswalk.com is your online destination for all areas of Christian Living – faith, family, fun, and community. Each category is further divided into areas important to you and your Christian faith including Bible study, daily devotions, marriage, parenting, movie reviews, music, news, and more.

Jim Cymbala was born in Brooklyn, NY where he enjoyed a successful career playing basketball in both high school and then college. Upon graduation from the University of Rhode Island he entered the business world and married his childhood sweetheart Carol.

Although unforeseen by them, it wasn’t long before God called them into ministry. Arriving at The Brooklyn Tabernacle, they found a congregation of less than 20 people meeting in a rundown building located in an impoverished part of downtown Brooklyn. Over the years God has shown his faithfulness to them and their congregation in many incredible ways. 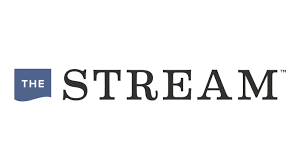 The Streamis a national daily championing freedom, smaller government and human dignity. Offering both original content and the best from across the web, The Stream challenges the worst in the mainstream media while offering a rich and lively source for breaking news, inspiration, analysis and entertainment.

Does Truth Exist?  Christianity cannot be true, nor can any other worldview (including atheism), if truth is relative or just true for you but not for me.

Does God Exists? There can be no Word of God unless God exists. We believe three powerful arguments (there are more) can be made for the existence of God, two scientific and one philosophical, without any reference to the Bible.

Are Miracles Possible?  If miracles don’t happen then Christianity is nonsense. We believe that miracles are not only possible, but the greatest miracle of all has already occurred and we have scientific evidence for it.

Reasonable Faith aims to provide in the public arena an intelligent, articulate, and uncompromising yet gracious Christian perspective on the most important issues concerning the truth of the Christian faith today, such as: the existence of God, the meaning of life, the objectivity of truth, the foundation of moral values, the creation of the universe, intelligent design, the reliability of the Gospels, the uniqueness of Jesus, the historicity of the resurrection, the challenge of religious pluralism