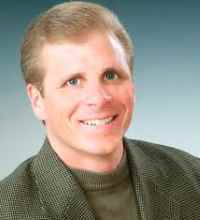 By Frank Turek, CrossExamined.org  As our great country accelerates its slide into economic and moral Hell, be careful whom you blame. The present boldness of liberals and timidity of conservatives are only the secondary causes. Much of the blame can be placed at the foot of the church.

When I say the church, I don’t mean an institution like the Roman Catholic church, but the entire body of believers—those from all denominations who believe that the Bible is true, that people are sinners, that God sent the perfect God-man, Jesus Christ, to redeem us from our sins, and that we are charged with spreading that message and reforming society.

Believers are God’s ambassadors here on earth, called to be salt and light in the world and to the world. When we follow our calling, individuals are transformed and societies with them. Our country is failing because too many believers have abandoned this calling.

They began abandoning it in earnest in the 1920’s. That’s when an anti-intellectual movement called fundamentalism led believers to separate from society rather than reform it, and to bifurcate life into two separate spheres—the sacred and secular. Reason was given up for emotionalism, and only activities that directly saved souls were deemed sacred. Everything else was considered secular. Careers in clergy and missions were glorified at the expense of everything else. That led too many believers to leave public education, the media, law, and politics in the hands of the unbelievers. Is it any wonder why those areas of our culture now seem so Godless?

Take the influence of God out, and that’s what you get.

Secularizing public education has been the key to our nation’s moral demise. Once public education went secular, the rest of society eventually did, especially when the products of that system became our leaders. As Abraham Lincoln once observed, “The philosophy of the schoolroom in one generation will be the philosophy of the government in the next.”

The philosophy of the schoolroom is atheistic. The question of God’s existence—the most important question regarding how we should live—is not studied or debated in our public schools. Atheism is just assumed to be true and with it moral relativism. That’s a major reason why immorality dominates our schools and why our kids know more about political correctness than truth. It’s also why we have a new generation of voters more enamored with “hope and change” than defending our changeless rights from an overreaching government. G. K. Chesterton’s observation about Russia has come true here, “Once abolish the God, and the government becomes the God.”

How did this happen? In the early 1960’s, the Supreme Court,consisting of newly trained secularists, banned devotional Bible reading in our schools (apparently, for the 180 years before that,people just didn’t understand the Constitution!). That decision, and several others, has stifled virtually any mention of God or the Bible in our public schools. In effect, the most influential book in the history of the world is ignored in our educational system. What kind of a quality education is that? It’s certainly not what the folks who settled this land had in mind for public education. In fact, the first public school in the new world began as a result of the “Old Deluder Satan Law.” That 1647 Massachusetts law established the school to teach kids how to read the Bible so that old deluder Satan could not deceive them.

Likewise, most of our first universities were established to teach and propagate a complete Christian worldview. Harvard’s charter read,“Let every Student be plainly instructed, and earnestly pressed to consider well, the main end of his life and studies is, to know God and Jesus Christ which is eternal life (John 17:3) and therefore to lay Christ in the bottom, as the only foundation of all sound knowledge and Learning.”

The founders of Harvard knew that all truth is God’s truth. There is no bifurcation between the sacred and the secular. According to the Bible, every vocation, every discipline, and every person is sacred. Nothing is secular. In sharp contrast, those running our country now say that everything is secular. That’s a long way from our founding.

“So what?” you say. “Who cares about morality and God?”

That’s exactly the problem: Who does care? When the church separates from society, it takes its moral influence with it. But respect for the moral principles upon which out nation was founded—life, liberty and the pursuit of happiness—is essential to its survival. Our founders knew this.
Following the Constitutional convention, a woman asked Benjamin Franklin what kind of government he and his fellow founding fathers created for the nation. Franklin replied, “A republic, if you can keep it.”

Franklin knew that freedom must always be defended; that the unalienable rights for which our founding fathers pledged “their lives,fortunes and sacred honor,” were never secure unless an informed electorate held their representatives accountable to uphold those moral rights.
Recognizing that only a religious and moral people will maintain a good government, George Washington declared in his farewell address,“Of all the dispositions and habits which lead to political prosperity,Religion and Morality are indispensable supports.” His successor, John Adams, wrote, “Our Constitution was made only for a moral and religious people. It is wholly inadequate to the government of any other.” In other words, even the best Constitution cannot prevent immoral people or politicians from destroying a nation. That’s why the church cannot abandon its calling. But it has.

So if you’re a believer who is upset that life is not being protected; that marriage is being subverted; that judges routinely usurp your will; that our immigration laws are being ignored; that radical laws are passed but never read; that mentioning God in school(unless he’s Allah) results in lawsuits; that school curriculums promote political correctness and sexual deviance as students fail at basic academics; that unimaginable debt is being piled on your children while leftist organizations like Planned Parenthood and ACORN receive your tax dollars; and that your religion and free speech rights are about to be eroded by “hate” crimes legislation that can punish you for quoting the Bible; then go look in the mirror and take your share of the blame because we have not obeyed our calling.

Then start over. Reengage at every level of society. Treat every job and every person as sacred. Be a beacon for Christ and truth in whatever you do and wherever you are. There is hope if you act. After all, we believe in redemption.